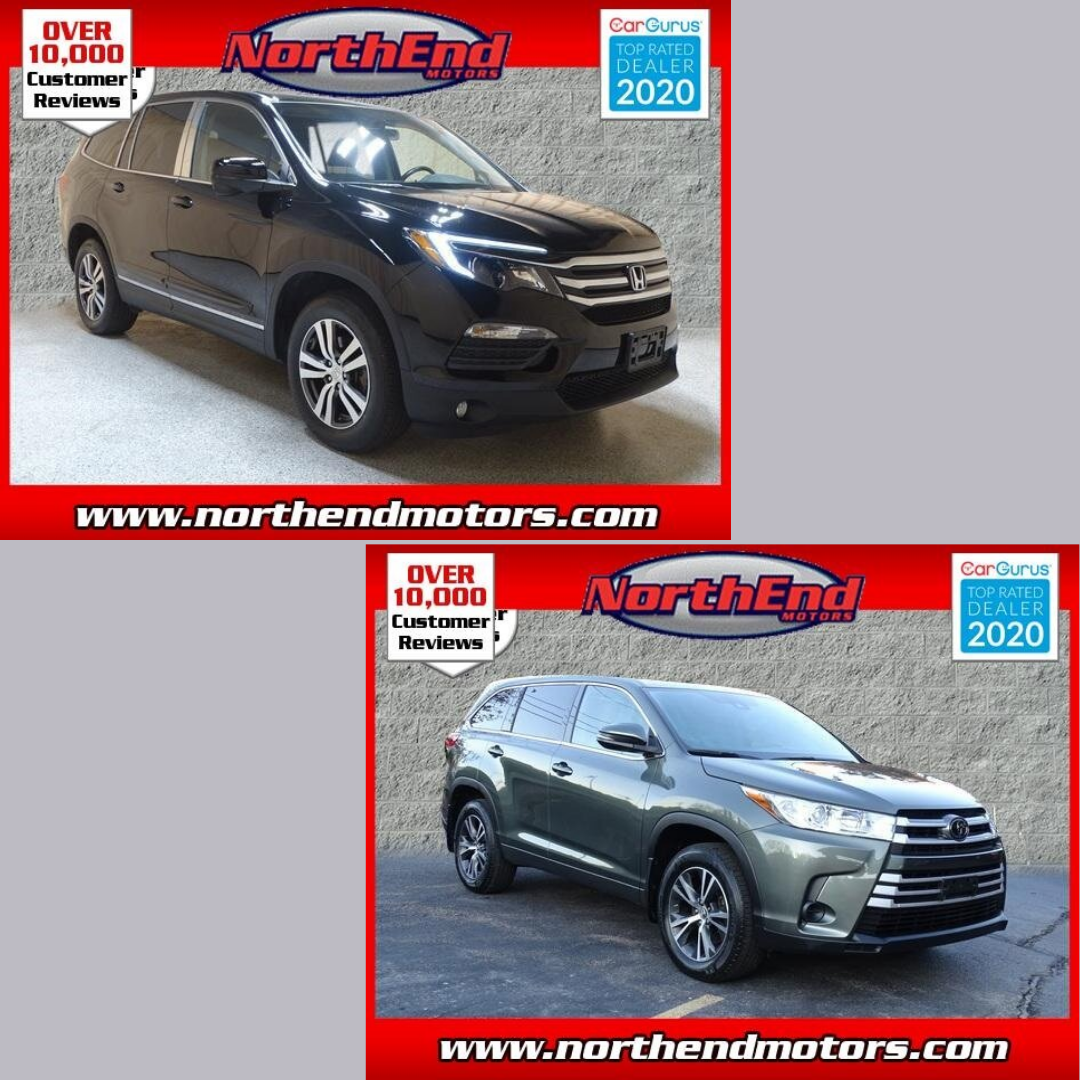 Comparison of the 2017 Honda Pilot and 2017 Toyota Highlander

The 2017 Toyota Highlander and 2017 Honda Pilot are both excellent choices in the competitive three row SUV market. With both presenting an alternative to the seven and eight passenger minivan for those that aren’t so keen on the thought of owning such a vehicle.

Both three row SUVs are ranked among the best in their class. The Pilot in particular benefitted from a 2016 redesign that translated well to the 2017 model. The Highlander saw the addition of an available v6 engine for the 2017 model year as well, granting more power under the hood which offered a welcome change in the market.

The notable increased size found with the Pilot offers a distinct advantage against the 2017 Highlander. This size is used effectively towards passenger space in the third row. With the Pilot allowing for an adult to sit more comfortably in the far flung reaches of the back compared to the Highlander, which is better suited for the kids.

While the 2017 Pilot focuses more on sheer utility, the 2017 Highlander focuses more on ease of use, something important to the modern discerning buyer, this is highlighted by the Highlander’s accessible and intuitive infotainment system. Whereas, the Pilot is markedly locked behind a steeper learning curve for its utility filled cabin. This difference offers those drivers who find themselves behind the wheel of their new Highlander more able to quickly access functions on their infotainment system while staying focused on the road.

Another benefit that the 2017 Highlander holds over the Pilot is its increased fuel economy thanks to the inclusion of an 8 speed automatic transmission, this along with its smaller size allows for easier handling for those not used to the weight behind the vehicles in the three row SUV class. This is offset by the Honda Pilot’s LaneWatch, which is available starting on the EX trim level and up, this feature shows oncoming traffic from the right side when the turn signal is activated projected on the center screen.

Overall, both the 2017 Honda Pilot and 2017 Toyota Highlander are stellar options that stand out in the competitive three row SUV market. While the Pilot offers more space and increased utility with engaging safety features like the available LaneWatch, the Highlander’s intuitive design and ease of handling provides each with their own marked advantage for the everyday buyer.