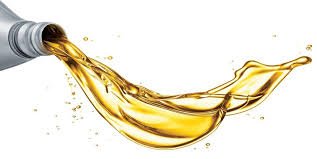 As part of our tip series of articles, this week we’ll take a dive into the ins and outs of synthetic oil. We’ll look at how it works, how it compares to conventional oil, and its advantages related to conventional oil as well. For more on all things automotive make sure to check in every Wednesday, as we go through maintenance, comparisons of vehicles from top brands, and how we here at North End Motors do business differently to add the most value to every interaction with our customers! Thanks for reading!

Synthetic oil is man-made, from combined artificially made chemical compounds along with petroleum components blended with higher quality distilled crude oils. The exact composition of additives and the synthesis process are generally considered trade secrets and vary from manufacturer to manufacturer.

First developed in 1929, the American Energy Crisis of the 1970s saw a greater push towards development of higher quality artificial oils. Originally, synthetic oils were typically found in jet engines and high performance vehicles. It’s become increasingly common for mainstream vehicles available to the average consumer to also use synthetic oils, and with a long list of benefits it’s clear to see why.

Compared to conventional oils, synthetic oils are designed to match a specific types of multi-grade oil, and they will not degrade or change viscosity, only being made slightly thicker from contaminants. Since synthetic oil is made from higher quality base oils, you’ll be less likely to run into oxidation and acidification, it’ll also be more chemically stable as previously discussed and be harder to break down and lose its desired qualities.

Briefly, some wrapped up advantages of synthetic oil are as follows:

You’ll find greater engine performance as it won’t break down as conventional oil does, improving protection of the engine’s multiple moving parts which in turn leads to increased performance.

Since synthetic oil is more chemically stable you’ll be less likely to run into deposits and sludge that come from the circulation of oil through the engine like is found with conventional oil, these deposits reduce engine efficiency and its lifespan.

Another major benefit finds itself now even more important as manufacturers shift to smaller, turbocharged engines, these turbocharged engines require a faster flow of oil to properly lubricate parts, which synthetic oil offers. Conventional oils when used in a turbocharged engine will break down even faster, leading to reduced performance and decreased protection of integral parts.

We’ve seen how synthetic oils compare to conventional oils. The one major detraction against synthetic oil is its increased price. However while conventional oil will typically last from 3,000 – 5,000 miles between oil changes, most manufacturers’ synthetic will double this, leading to having to get your oil changed less. What kind of engine oil do you use? Do you prefer conventional over synthetic? Let us know in the comments!

The article above is a collection of information gathered from multiple sources on the differences between synthetic and conventional oil and synthetic oil’s benefits. Consumers should pursue a variety of sources both online and safely in person with a certified mechanic when maintaining their vehicle. North End Motors Inc. is not to be held liable should the above information be used in any way other than for what it is intended to be, a short introduction to proper vehicle maintenance.