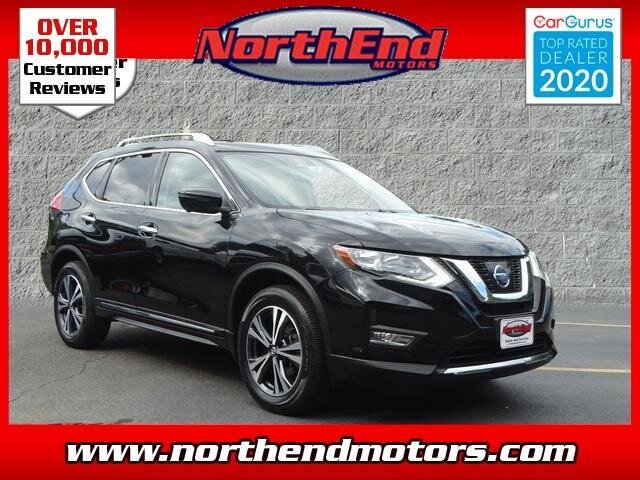 Crossover versus SUV: Which one is right for me?

Crossover or SUV, which one is right for you? Although both are very similar, there are some distinct differences that put both in their own class and advantages for both as well. We’ll take a closer look at both body styles to help you, the customer.

SUVs (Sport Utility Vehicles), as their name implies, are built the best for utility. With the more rugged models typically being built with body-on-frame construction. What does this mean? Body-on-frame construction is just as the name implies, the body and the frame are two separate units, with the body placed on top of the frame. Rather than the unibody (or unitary body) construction found in crossover SUVs, where the body and frame are one unit on their own. SUVs that follow this model are better suited for off-roading, as the suspension is better able to handle the turbulence of going off the beaten path due to the nature of its construction. You’ll also be able to tow more, as the two distinct units allow for more towing power.

However, this more rugged approach does have some drawbacks. As noted when CUVs (crossover SUVs) first started to take the market by storm, consumers are now against the gas guzzling notably present with SUVs due to their increased weight. And while the SUV is typically viewed as safer due to its more rugged design, and easier to fix due to the body and frame being separate units, the CUV does possess more crumple zones, meaning while the vehicle may be more likely to take increased damage those inside will be safer.

Now on to CUVs (Crossover Utility Vehicles, crossover SUVs, Sport Activity Vehicles), as mentioned previously these vehicles are marked by their unibody construction. This means as stated above that the body and frame are built as one unit. This does offer a great advantage to vehicles in this market that is chiefly their weight. Due to a decreased weight they typically see much greater fuel efficiency when compared to their off-roading cousins.

Combining the best of both worlds from hatchbacks and full-sized SUVs, there’s naturally a great degree of variance between CUVs, with sizes ranging from subcompact to full-sized such as the Acura MDX. This allows for a greater degree of choice for consumers, and with more advanced all-wheel drive systems, versus the front wheel drive that’s typically offered, being added to CUVs as they continue to capture the market, the gap between CUVs and SUVs is rapidly closing.

Make sure to check in every Monday, Wednesday and Friday for all things automotive, from insights on popular vehicles, to tips on keeping your car in top shape, North End Motors is here to help with every step of the automotive journey!

The article above was collected from various sources representing cursory overview of crossovers and SUVs. Consumers should pursue a variety of sources when comparing vehicles. This article is not meant to replace research undertaken by consumers and should not be used as the sole source of information on the topic. North End Motors Inc. is not to be held liable should the above information be used in any way other than for what it is intended to be, a cursory opinionated overview of the topic.